Difference between revisions of "The Albian Sea Bay"

The Albian Sea Bay aka The Amazing Virtual Sea-Monkeys to C2 is an underwater world for Creatures 2. NornenMeister has converted a tank from the The Amazing Virtual Sea-Monkeys for this world. The world consists of sixty-six new rooms. There are lots of fishes, corals, starfishes and so on. In addition there are included an Ettin/Mernorn Spritemix (Sea Ettins) and a Grendel/Mernorn Spritemix (Sea Grendels) in the installation files in order to enable you to play with swimming Ettins and Grendels. This world also runs under The Albian Years. 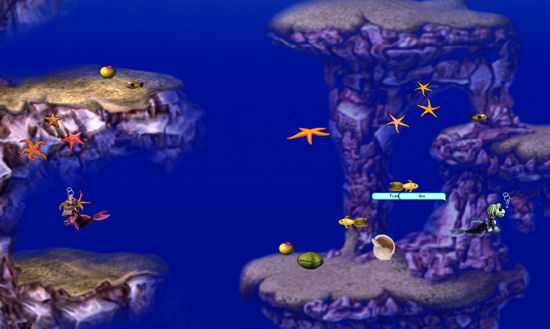