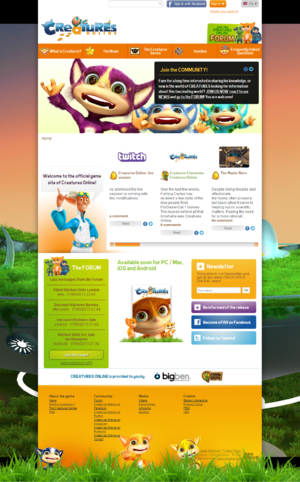 The website was known as the Creatures 4 Official Website until May 2013, when Bigben partnered with ProSiebenSat.1 Games, changing the game's name to Creatures Online. The website went down on 12 February 2016, but was reopened later, with Chris announcing Creatures Family in a forum topic on 9 March 2016.