On May 29 2019 Creatures Caves went down due to a fatal error, possibly due to the server updating its version of PHP, and underwent maintainenance by Rascii. By July 10 2019, downloads, the homepage and the forums were largely restored. 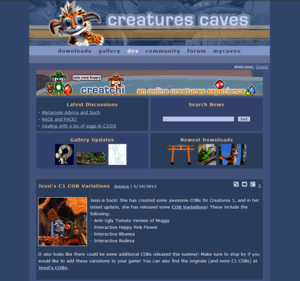