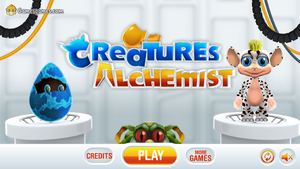 Creatures Alchemist is a free-to-play minigame created by Spil Games as a teaser for Creatures Family. Creatures Alchemist is available to play for free on Spil's flash websites. The player is an assistant to the Shee (a character using the Master Shee sprites) and combines different elements to make genes that can then be combined to discover different norn breeds. The gameplay of Creatures Alchemist has been compared to Doodle God, and the creatures, when found, wave at the player in a NPC-like manner. Clicking on the creature gives a screen which gives a little information about the breed.

There are five 'episodes' in the game, but only the first could be completed. As of January 2018, it was reported that the game had been updated, introducing a bug that meant the game was unplayable after the tutorial. This bug was fixed as of July 2022, however, a bug which halts gameplay partway through episode 2 remains. 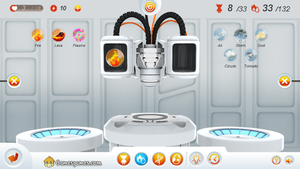 The screen where the player mixes elements. 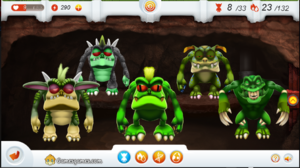 Some element combinations lead to grendels being created, who are put underground. Creating grendels causes you to lose some energy; however if you do not have the energy required, no energy is lost. 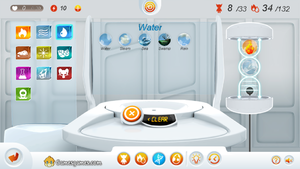 The Gene Combinator room, with two out of three elements loaded.

There are 132 elemental combinations to discover.

Reaction from the Creatures Community

Shortly after its release, Creatures Alchemist was criticised due to its linear nature and the fact it has free-to-play elements, as well as simple visuals, numerous spelling mistakes, and long in-game waiting times. However, despite this, some members do enjoy the game.