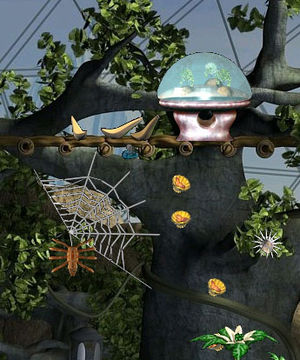 Release was originally intended for CCSF 2005 but was unfortunately delayed. It was again mentioned that it might be released for the CCSF 2006, but nothing appeared. Later, in April 2007, Moe announced that Corona had become defunct. He said that a beta would be released later if edash did not reappear by late summer, but later decided that he could not release a beta without edash's involvement. In February 2009, a beta was leaked to the community, and Moe said he didn't mind. This is currently available for download in an archive. Part of The Canopy overlaps with Asteroids.