The Burrows is the name given to the "Terra Nornia to DS" conversion made by clohse for the CCSF 2006. Clohse also released a toy pack of standalone agents. It is named after Terra Nornia's world file name (burrows.sfc). 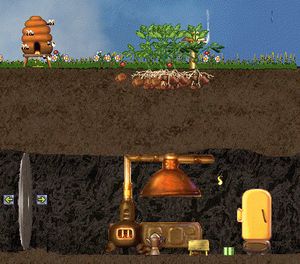 Kitchen area of the Burrows

It was released in a beta state. The conversion is not complete, as it lacks some objects and some seasonal changes, and there are several known bugs:

However, with autokill on, the room is usable.