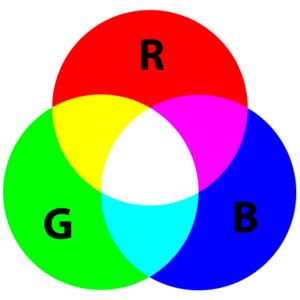 Color in the Creatures series works on a RGB color model.

TINT is a CAOS command used in Creatures 3, Docking Station, and Creatures Village to change the colour of agents. Understanding this command can help in understanding pigment bleed genes for those games. Rotation and swap alter the color of each pixel. Rotation and swap affect the pixel colors of the sprite after pigments have been applied, and do not affect gray pixels on sprites.

This tints the TARG agent with the red, green, blue tint and applies the colour rotation and swap as per pigment bleed genes. Specify the PART first for compound agents. The tinted agent or part now uses a cloned gallery, which means it takes up more memory, and the save world files are larger. However it also no longer needs the sprite file. Also, tinting resets camera shy and other properties of the gallery. See TINO for a quicker version that tints only one frame.

Returns a tint value for an agent - currently it works only on Skeletal Creatures. The value for "attribute" can be: 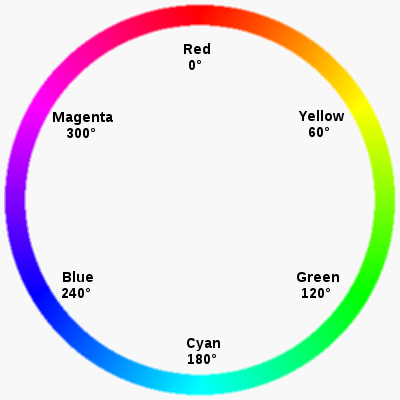 Rotation can be thought of as rotating each pixel's color around the color wheel.

A rotation value of 128 means that no rotation is taking place.

Although this process is described in How Pigmentation works at the CDN, it contradicts the pseudocode, which is likely incorrect because it leaves some parts of the output undefined for values greater than 128. The missing part of the pseudocode would be:

Swap refers to a technique used in infrared photography post-processing to make colors seem more normal.[1] In the Creatures series, it swaps the values of the blue and red channel by the amount specified - 128 will leave it as is, and the more it deviates from 128 in either direction, the more the red value becomes what the blue value used to be and vice versa. Swapping is like partially replacing the pixel's color with the color on the wheel at the location mirrored across the green-magenta axis. In other words, the farther the swap value is from 128, the more the bluer pixels will become redder and the redder pixels will become bluer.[2]