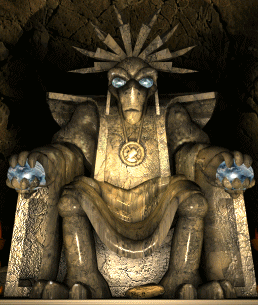 The Shee Statue in Creatures 2

The Shee are the ancient Albian race responsible for the creation of the Norn, Ettin, and Grendel species.

The Shee were a race unique in their mindset, most likely having invented the steam engine as an offshoot of an attempt to design a better way of brewing tea before they invented the wheel. Shee technology was often biologically based, as seen in creations such as the Shee Ark from Creatures 3. Their genetics are diploid, but the genetics of their creations are haploid.

Famous Creatures Shee are depicted in the Statue of Nornity in Creatures, and the Shee Statue in Creatures 2 (which has a secret, shown left) another possible sighting, is the Crypt in Creatures 3.

Did you know? In Celtic mythology, The Shee, or more properly, Sidhe (Siðe), were faerie folk. They must have seemed all-powerful to the ordinary humans, as are the Shee to the other Creatures. 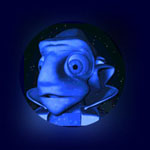 The most renowned Shee to date is the Lone Shee, who reportedly left behind a series of notes and journals that recorded his adventures concerning the Warp (these events tie closely to the Docking Station storyline).

A Shee known as Master Shee was planned to make an appearance in the cancelled creatures game, Creatures Online, and would have served as an in-game guide to the player.