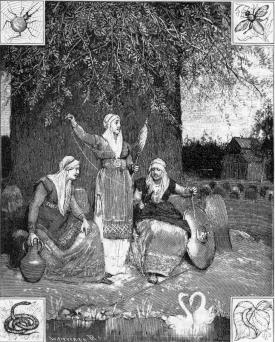 The naming conventions of the Creatures series are underpinned by Norse mythology.

Steve Grand was not unaware of where he had got his material from. Indeed, in a rare posting to alt.games.creatures he mentioned that:

"I do half expect a band of marauding Vikings to turn up any day now, asking for their myths back!"

In 1993, Steve Grand wrote Small Furry Creatures: A Mythography, which detailed the mythos of Creatures, and caused confusion among the development team, which Steve tried to right with a later revisiting of the rationale for the mythos.