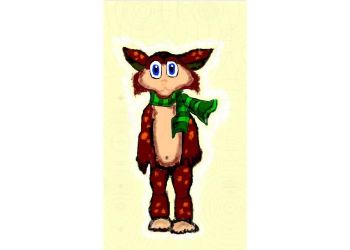 Several years before the 2014 Olympic Games were held in Sochi, Russia, there was a website and country-wide competition to select the mascot for the Games, where anyone could send in their drawing between September 1, 2010, and December 1, 2010. 24,000 drawings were submitted.

One of the submitted works depicted a creature similar to a Norn from Creatures 2. Its name is Stëpa (a short version of Russian name Stepan), and it was submitted by Darya Bystryakova from North-West Federal District. (Proof link)