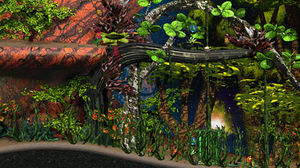 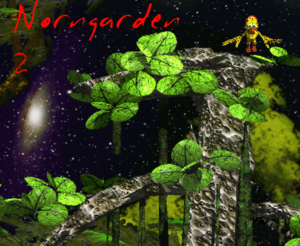 Norngarden 2 is the third of four (Norngarden 1, Norngarden Xmas, Norngarden 4) metarooms designed to fit together. It was created by Tomtschek, and was originally sold through the Chaos Store. As of 2018, the Norngarden 2 is no longer available to purchase, and attempting to access its Chaos Created store page will result in an error.

"The Norngarden is a biosphere module that can be connected with the Docking Station and the Shee ship. Its not totally clear if its origin was Shee or not. It is not known if all these plants are artificially created or collected." -- the Norngarden homepage

It overlaps with the Hydroponics Bay.