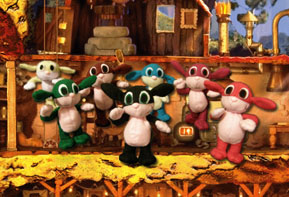 The Limited Edition version of Creatures 2 came with a small plush beanbag Norn, known as a Norndoll. The toys were available in Purple (Blueberry) for the white C2 box with purple waterfall-bridge side section (shown left) and in Green (Random) for the similar white C2 box with black volcano side section, as well as in Brown (Berry) for the special Creatures 1 tall white box. These beanie Norns were possibly commissioned due to pressure from the Norn Doll Wanters A Lotters action group on alt.games.creatures.

A prototype Grendeldoll was also developed, but didn't make it to the shelves and remained in the Creature Labs offices for many years. It is pictured in the lower image on the right (with a paintbrush for hair). Creature Labs also had a purple medium sized and green large sized plush Norn, (shown in the webcam photos below).

You can download the sewing pattern for Alien's, Data's and Don's Norndolls on their webpages. Each of them have a tutorial including pictures on making their individual dolls (Alien's tutorial is in German). Data's pattern is down, but the instructions were archived. 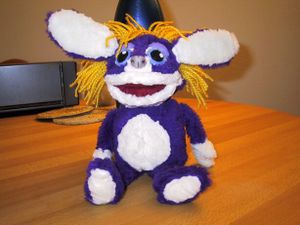 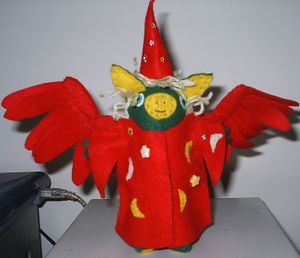 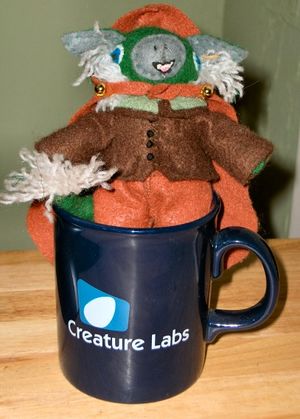