Moe is one of the community's better-known and most experienced graphic artists. His experience in several 3D applications - including his favorite, 3D Studio Max - combined with his helpful attitude toward other members of the community makes him a great resource for aspiring artists. 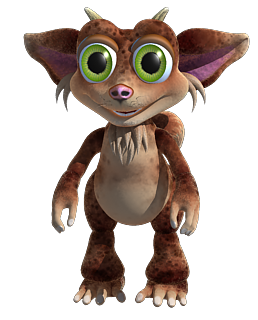 One of his major feats in this community is his Norn model which he spent over a year perfecting while he learned 3D modeling. It has since undergone multiple revisions, changes, and versions, with one of the earliest models being used to create the Apple Norns.

Moe has worked on both The Canopy, and the Garbage Dump and was the major graphic artist on the now defunct development team Corona. He worked on his own Creatures 2 to Docking Station project, as well as handling the Room Plan and Script Reservations. He was a moderator on Creatures Caves, and took an active role in promoting and emphasizing the need for development.