In Creatures 1 and Creatures 2, there is an object known as an Incubator. It is used to speed up the hatching process of a Creature Egg by using heat to warm up the egg.

The Creatures Incubator is a large, square machine with two windows on the front, along with a small nest inside where the egg is placed. In the original game, it is unmovable without cheats, but in C12DS, it can be picked up by the hand and moved. 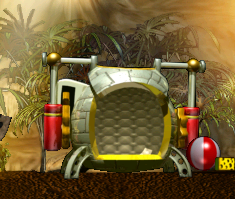 The Incubator featured in Creatures 2 resembles a large, spherical pod with a single, circular window. When an egg is placed inside, the lid of the pod closes, and a variety of coloured lights flash inside as the egg hatches.