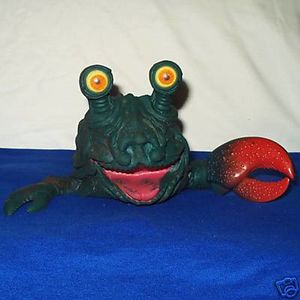 Globster refers to the subject of a photograph infamous among denizens of the Kingdom of Aithalis forums. Enlarged versions of the image cropped around the pictured monster's face were used to disturb and terrorize members of the Dragonadopters forums by Leporidae and Wup. Said subject is a rubber hand puppet resembling a lobster, identified as "Slobster" from the "Boglins" toy line. In a xat conversation after the 'raid', Globster aquired the nickname doggy.