Sarah Kember suggests in Cyberfeminism and Artificial Life that the splicer was invented by the game developers as a response to the players' invention of the Grenorn.

In Creatures 3, there are faint Mars and Venus symbols visible above the icons of the two pods - these allow the player to choose the sex of the spliced creature, rather than leaving it to chance. The C3 Deathless Splicer modifies the splicer to prevent the deaths of the donor creatures. 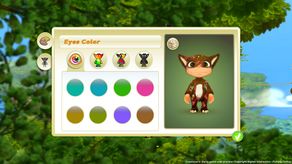