The title given to this article is incorrect due to technical limitations. The correct title is gen-pool. 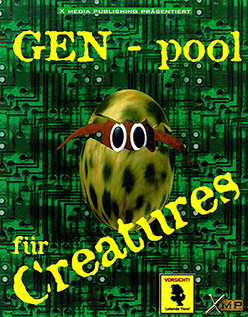 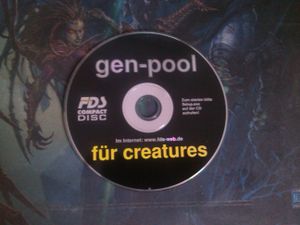 gen-pool or GEN-pool für Creatures is a German-language third-party addon for Creatures 1 that was published by X Media Publishing (XMP), and included with a magazine. Its contents include a range of COBs and tools, along with a creature pack containing 254 different Norns, One of which was exported as early as 12 January 1996 (See history).

X Media Publishing released several other third-party addons for other games, including The Sims, Motocross Madness, and Star Wars Jedi Knight. They quickly became infamous for taking free content from the Internet and selling it without permission. [1]