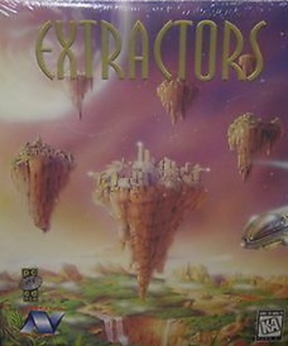 Extractors is a video game developed by Millennium Interactive and published by Psygnosis in 1995 for MS-DOS. Extractors is a science-fiction puzzle game in which three different races seek to overthrow the evil Quarriors.[1] It is the sequel to Diggers (1993).

Next Generation gave the game two stars out of five, and stated that "A couple of flaws keep Extractors from being as entertaining or addictive as the other puzzle games it imitates. It's extremely repetitive, and it suffers from an awkward interface - a real liability in a game like this. Only the patient need apply."[1]