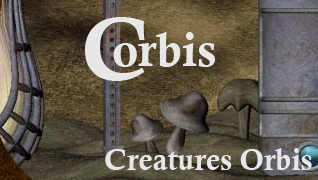 Creatures Orbis is a project to create a 3rd-party Creatures game. It would not be a Creatures 4, but it would be similar to Edynn in that it will use the Docking Station engine.

Some of the features planned for Creatures Orbis include an entirely new and easier to use GUI, four to seven new rooms and two or three new breeds (which will also be available to be downloaded seperately for use in Docking Station). Stay tuned for more information and previews!

We are in need of more graphic artists, agent engineers and people who can create original music. Anyone interested in helping, please head over to the project forums - thanks!