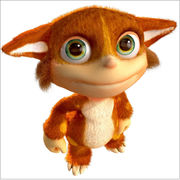 Creatures Online would have been a free-to-play game, with goals to accomplish. An online registration was necessary; the game would require you to be logged in online in order to play, and there would be levels in the game, unlocking items in the shop (named "The Shee Market" in the Creatures Online Live Session) and in the machines. There was planned to be a boxed version available to buy, containing "all the old chapters in the series (1, 2, 3, DS at least)" along with a Norn figurine, a Norn with a unique genetic code for their game and the equivalent of twenty euros in the game's virtual wallet.