Creatures Evolution was a proposed entry in the Creatures series which was never produced, featuring a series of customizable dome environments for its game world. Norns and Grendels were both set to feature in the game. Ettins are not mentioned in the pitch. The pitch document features concept art from Mitch Phillips. It was to be set on a world named Cruthiar, a setting name also used in Project Loci.

The date and history of the pitched Creatures Evolution game is currently uncertain. The pitch document file itself is timestamped from 2007.

The key difference described in the pitch in comparison to other titles in the Creatures series is a more customizable setting. Cruthiar is described as an empty planet upon which the Shee have built domes which can be customized to contain "virtually any environment". Upon starting the game, the player would choose a dome, select a climate, and then populate it with a selection of plants and animals to produce a custom ecosystem. The player would then select and add Norns and Grendels.

The pitch document does not specifically state whether the game was intended to be 3D or 2D, but as Cruthiar is repeatedly described as "spherical" or "round"- much like Sphericus- it is likely to have been intended to be a 3D game.

The story section of the Creatures Evolution pitch follows:

"Once upon a time, in a universe far, far away, the Shee, an ancient and advanced race who had previously lived on the disc-shaped world called Albia, came to populate the more roundy Cruthiar. When most other intelligent life in the universe was discovering fire and inventing things like the wheel, the Shee were busy delving into biology. They discovered DNA long before they worked out that you could attach two disks to a pole and make a functioning wheel and axel set. The Shee used their understanding of biology to engineer new life forms to assist them on Albia and brought these with them to Cruthiar.

Having found this new and suitably spherical planet, they settled in and got to work making themselves at home. What that work was is another story: the Shee, in their inimitable way, had trouble deciding just what to create and how precisely to go about it and what was worse, couldn’t agree on the optimal temperature for a proper cup of tea. Frustrated by their lack of progress, they took off again, leaving their constructions unfinished and the planet populated with all of their genetic experiments.

Back when the Shee were around, Cruthiar teemed with Norns - small cuddly creatures endowed with a special sort of intelligence of their own. The Shee had made good use of their genetic screwdrivers to create a range of distinct Norn species, but left the resultant eggs languishing around their laboratories. These contain unique creatures, possibly the last of their kind. We may never know where the Shee are now, but the fate of their long-forgotten creations is certainly in doubt." 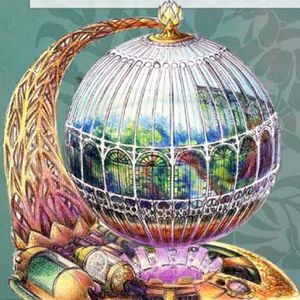 Concept art one of the dome environments

The game world is described as a "series of domes on [...] Cruthiar's surface". It's unclear if the area outside the domes would have been accessible for gameplay. The domes are described as including a variety of "pre-generated terrains". The document notes that choosing unsuitable organisms for the selected dome environment would result in the ecosystem dying off. Using broad-leafed trees in an arid, mountainous environment is an example of an unsuitable choice.

Both Norns and Grendels were intended to be included, with mention of twelve different Norn breeds and five Grendel breeds. Ettins are not mentioned in the pitch at all in spite of their inclusion in both Creatures 2 and Creatures 3.