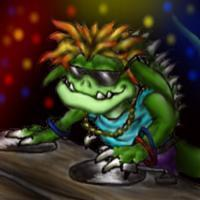 Creatures Dance Jam is a 2002 album that features Creatures-related dance music, most of which is composed of game sound effects, bibble, samples of music along with drum beats and various techno/electronic sounds.

It is unknown where the album was originally released, or even if it has ever been released before, but it was added to the Creatures Keepsakes section of The Grove in 2008 by Treesprite.