Creatures Beats! is a 2012 Creatures EP (Extended Play) created by 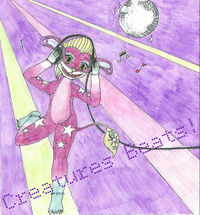 C-Rex and released for the CCSF 2012. It is the second Creatures-related music compilation; the first was Creatures Dance Jam, released in 2002.

The album is mainly composed of remixes of various Creatures music, such as the birth music and the rollercoaster music from Creatures Playground.

Creatures Beats! originally began as a community project, but due to a lack of responses, C-Rex decided to create the music himself. What was originally planned to be an album became an EP (Extended Play), and due to time constraints, a lot of the music feels somewhat rushed and unfinished, at least according to C-Rex.