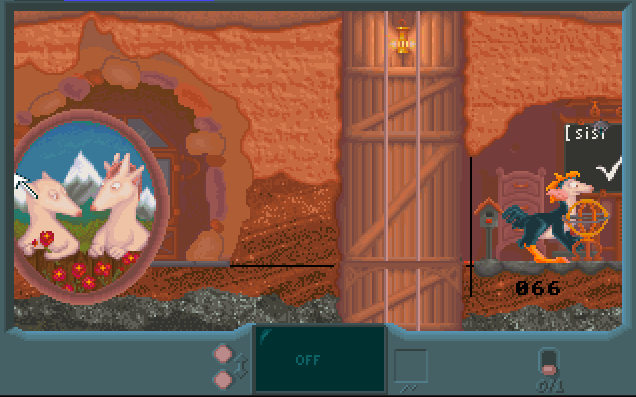 Part of the world of Creatures Zero, and an early norn. 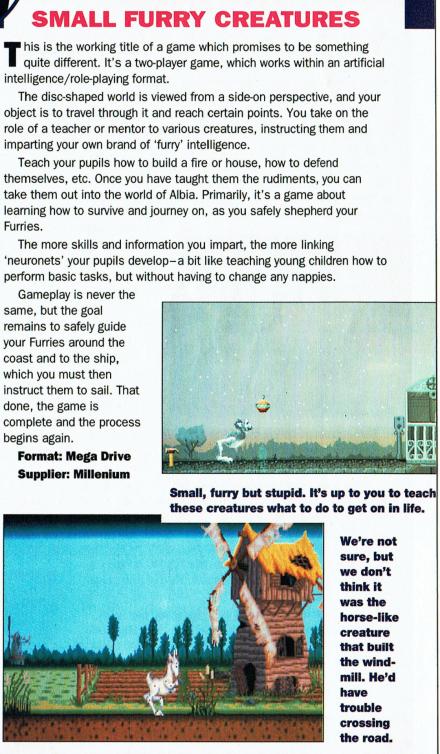 A preview of Creatures Zero.

Creatures 0 is the community's name for a MS-DOS prototype of Creatures 1, dated to 1994, called ALBIA VERSION 04/02 in the readme. It was released to the community at large by Lacota over at Eem Foo's Archive for the CCSF 2021. While working, C0 is far from complete. The graphics for this version are entirely unique to the prototype, but many similarities to C1's style can be seen. The prototype features two Norns and a Grendel. The camera is locked to one of the Norns until you can get close enough to swap. The map, while over half empty, would have been larger than even C2. It contains two regions, the 'home' and a desert. There are a few basic toys and food (iconic things like carrots and bouncy balls, as well as familiar elevator buttons). Norns don't seem to die and only have a very small vocabulary.

Projects using the assets have been started, including a metaroom and a norn breed.