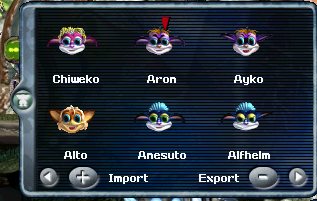 Did you know? Apollo has made a script (available at Eem Labs) which makes the heads shown in the Creature Selector take on the tint of the actual norns in game.