The Worker Ettins were introduced in Creatures 2 and mostly live in the Volcano along with the Grendels and Pitz the dog. The Ettins are born sterile from the Ettin Mother, with only one visible life stage, and their lifespans are noticeably shorter than those of norns, due to a deliberate cap, and dangers such as the radiation from the Volcano, (which causes heavy metal poisoning) and Deathcap mushrooms. Their genome also causes them to feel tired and in pain all of the time, which caused an uproar when discovered.

Only eggs containing male ettins will be laid by the ettin mother in the vanilla Creatures 2 game. Females can be created using the splicer, the Metamorph Device, or the Genetics Kit. They will look identical to male ettins unless the Life Kit #1 is installed, as this gives female grendels and ettins their own unique sets of sprites. 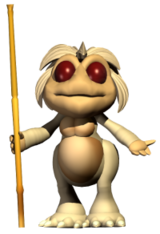 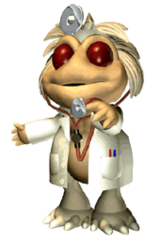 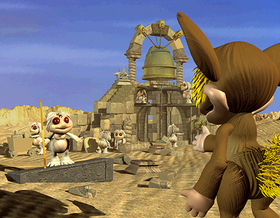 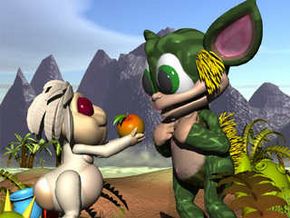